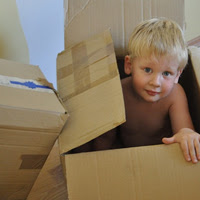 You’re just about to move house and you’re in a panic. You swear there’s something you’ve forgotten, but you just can’t put your finger on it. Know that feeling? Don’t we all! Moving house can be an exciting time, but it’s also one of the most stressful things we’ll ever do. That feeling as though you’ve forgotten something can make it seem even worse, too.

Luckily, we’ve put together the ultimate moving house checklist. Everything you need to remember is right here. Simply print it out and tick it off as you go along.

Around four to six weeks before you move, you’ll want to make the final confirmations with everyone involved. This means checking that all the paperwork has been signed and that there’s nothing else needed from your side. This is especially important if you’re buying a home. You will also want to contact all of the companies that you deal with, to let them know you’re moving. This means telling the utility providers, banks, broadband suppliers, and so on. Let them know the date of your move, so that they can change your details. You may also want to contact the postal service in your area, to ask them if they can redirect your post. There’s nothing worse than losing out on letters, because people don’t know your new address yet.

It’s a good idea to start the process of packing up a few weeks before the big move. As opposed to trying to do it the night before. Work through each room and de-clutter as you go. Now is the perfect time to throw away all that junk you’ve been meaning to get rid of. Slowly pack up all of the things you don’t use on a regular basis. You’ll find that this makes the process of moving so much easier, than trying to do it all last minute. Make sure you’ve got some sturdy boxes and packing tape, to prevent moving accidents later down the line.

It’s a good idea to ring around a few removal firms and get some quotes. You should do this a few weeks before the move, as well. This gives them enough notice and you enough time, to find the right deal. Companies like Blueline Vanlines Movers will be able to provide you with a free quote from their website. This makes the process a lot easier, if there’s quite a few removal firms in your area. Don’t always go for the cheapest deal, either. You want to know that your chosen company is going to do a good job. Look around for reviews and ask for recommendations.

You should hopefully now be pretty prepared for the moving day itself. However, that doesn’t mean everything is going to go as planned. It’s a good idea to get rid of any small children or pets for the day. Ask a friend or family member if they can look after them while you move. Not for any reason other than they may get hurt or stressed if they’re in the way! Your removal firm should be able to handle most of the moving for you. Don’t forget to write room names on each box, so they know where to put them.

Now all you need to do is get the boxes into your new home and relax! Leave the unpacking until tomorrow. Hopefully, that feeling as though you may have forgotten something will go now. We’re sure it was just because you forgot to tell the mailman!

If you want something done, do it yourself; other wise it’ll never get done. Learn to do it if you don’t know and never despair until you finish what has to be done.

This site uses Akismet to reduce spam. Learn how your comment data is processed.